Day 8 was absolutely one of the best days of my life! I never knew I could cram so much stuff into one day. If you remember back to day 7, we went to bed very late. Like after 1:00 a.m. late. We didn't let that stop us from setting the alarm for 4:00 a.m. for the first showers. We had a lot to do and we had to get going. 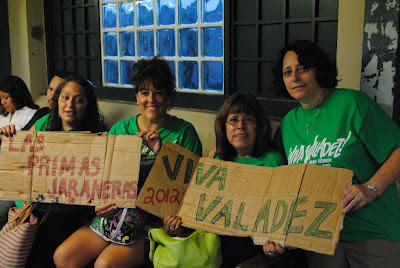 Here are the cousins at the train station at 5:10 a.m. with the sign Michelle made the night before. Notice how it is just getting light in the window behind them. 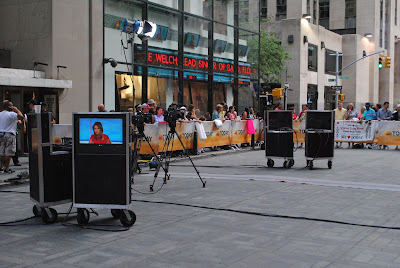 We made our way to the Today Show at Rockefeller Plaza. Almost immediately, a man from the show came up to us and told us two things. First, there was a concession truck full of breakfast type items at the front of the line and everything was free except the drinks. Secondly, we really didn't want to use the sign we had. They gave us poster board and markers and took Michelle and Lucy off to make a new sign. 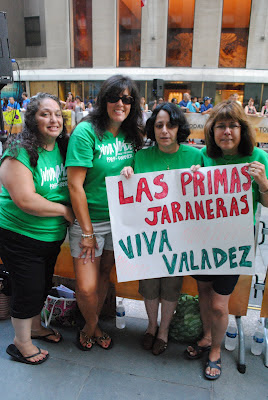 Here they are with the new sign. We have a very nice picture of all of us that NBC took of us, but I just got a new all in one printer and I scanned the picture and can't find where the computer put it. Oh well, it looks pretty much like this one except I'm in it. Notice that we all wore our Viva Valadez t shirts from the 2011 reunion. We thought we would have a better chance of being on camera if we all matched. 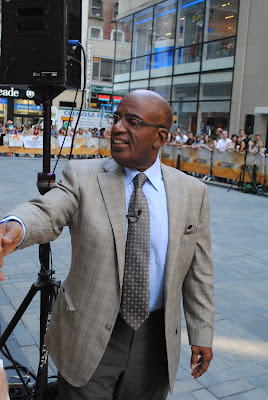 Al Roker was the first to come out and see the crowd. He was funny and very nice. Lucy was trying to take his picture as he walked by and she couldn't get her camera to work. Al saw she was having trouble and stopped and fixed it for her. 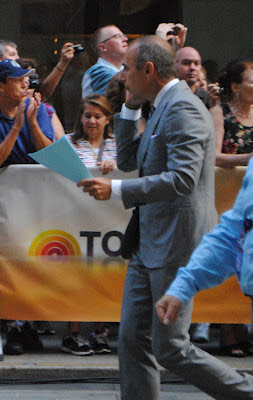 Quite a bit later Matt Lauer came out. I'm sorry to say that my opinion of him hasn't changed.
He's pretty arrogant and full of himself. A complete 360 of Al. 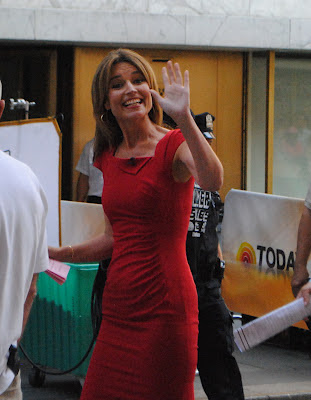 Finally, Savannah Guthrie came out or is that Natalie Morales? I was never quite sure who was who. I just know that this girl in the red dress had on shoes that my Katie would die for.

We didn't get to have Al talk to us on camera, but we did make it on camera. We were on tv!! This is the place where the video should be, but Blogger put it at the very bottom of the post. Don't forget to watch it. 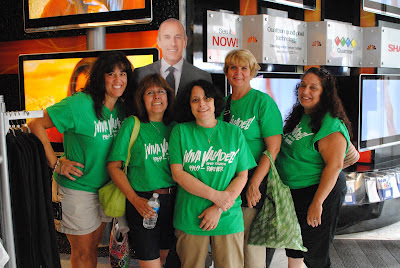 After the show, we went to the NBC Store to get our picture they took of us. Some nice person offered to take our picture with the Matt Lauer cut out. While we were there, a nice young man asked us if we liked Jimmy Fallon. We said yes. He said that if we came back to that very spot at 11:45, we could go to the taping of his show. We thought this sounded pretty neat, so we said we'd be back. 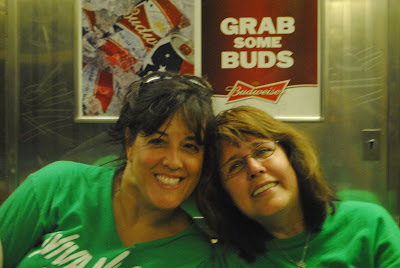 By this time, everyone was starving, so we decided to go get some pizza. Lucy really wanted some New York pizza. We sat and ate and talked about how awesome our day had already been and we still had so much more to do. Don't Vickie and Michelle look cute?

We went back to NBC after we ate to see Jimmy Fallon. What we weren't told the first time was that this time slot got us a ticket to get into a pool and maybe get into the show. The first guy had left that out. We were now supposed to come back at 2:30 and that posed a big probelm for us. We already had tickets for the 911 memorial at 3:00. We decided to take a carriage ride and think about what to do, so we walked down to Central Park. Good decision! 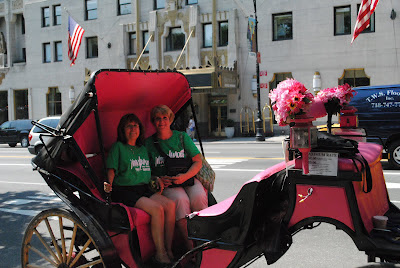 We got to Central Park and the first thing we found out is that we can't ride five to a carriage. The drivers told us they would get fined and could lose their license. Okay, we have to take two carriages. I rode with Vickie and the other girls took a different one. It was still fun even if we weren't together. There are many different levels of carriage rides. We took the cheapest which was still $20 a person. If nothing else, New York is expensive.

Here are just a few of the sights we saw. 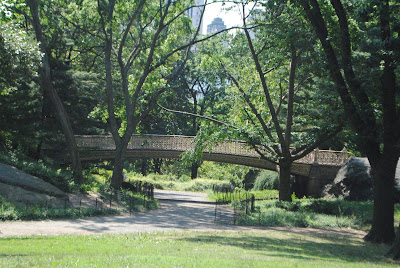 One of the many bridges in the park. 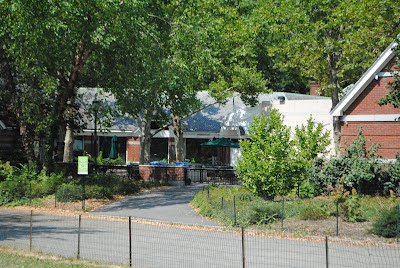 Tavern on the Green
It's closed, by the way. 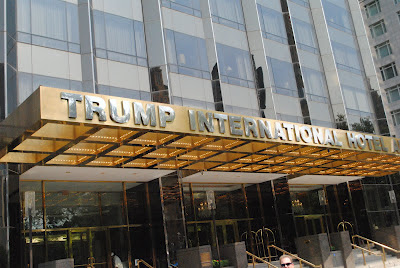 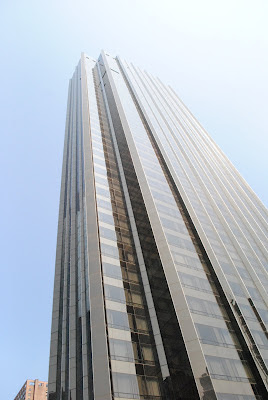 It was nice, but I was expecting to be way more impressed by it. 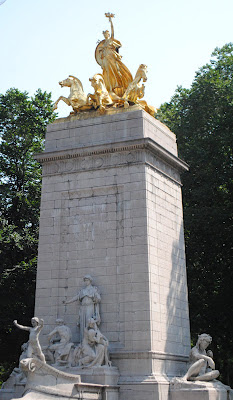 One of the many statues. 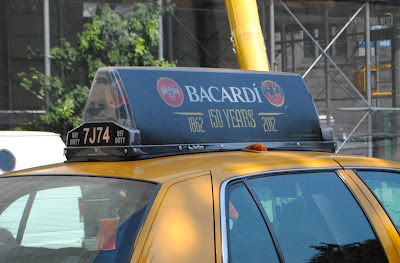 I even saw an old friend as we were leaving the park.

Don't forget to watch the video. It is very short. They say everyone gets 15 minutes of fame. I got 15 seconds, but I'm okay with that. It was something I will never forget.

I love comments. It makes me feel like I know you better. Even if you just say hi, please leave me one!